Andrew Peruzzini Jazz Masters featuring Peter Gerace and Suncliff Productions present a Chet Baker Retrospective: the music and life of the legendary trumpeter, vocalist and composer brought to life for one performance on Friday, October 4, 2019 at SunCliff on the Lake beginning at 6:30 pm. $8 Cover charge.
Chet was a superstar in his day, a figure equal to James Dean in appearance and star power! Not only was he a self-taught virtuoso bebop trumpet player but he was such a natural talent that, after he developed his chops he never practiced! He was also a lethal combination of non-conformity and sensitivity that women found irresistible.
Andrew Peruzzini, Peter Gerace, Andrew Nixon, Dawould S. Adeyola and Joe Goretti unite to deliver an astoundingly accurate and moving re-creation of  Chet Baker’s notable performances as a top-tier trumpeter and vocalist as he set a standard for both intimate and achingly beautiful music and clean, technical be-bop playing that influenced his peers and resonates into future generations.

IT SHOULD BE QUITE A CONCERT!

Please CLICK HERE to visit the event page.
Tickets:  $8 at the door.
Dinner and libation will be available.

In demand as a jazz trumpeter in Mexico, Andrew is a frequent guest performer with Spanish guitar stars Media Luna, Spanish guitar virtuoso Gil Guttierez, the International Festival of Jazz and Blues, the R and B band Woody Price and the Roadrunners.  He was a full merit scholarship recipient to attend the Eastman School of Music (BME) and University of Texas @Austin (MFA) and is a certified New York State music educator and retired Buffalo School music teacher.

Bassist Sabu Adeyola, protégé to the late jazz master Charles Mingus, is one of jazz music’s finest.  As a member of the most celebrated trios to have toured with legendary pianist Ahmad Jamal, Sabu (with Payton Crossley) incorporated a spiritual swing to Ahmad’s signature style.

Singer, guitarist and songwriter Pete Gerace has been performing in Western New York his entire adult life.  He spent much of the Eighties and Nineties fronting his own Pop/Rock groups and playing the dozens of tunes he has written.  Somewhere along the way he turned on to the blues and spent some time with Dan Harper’s Blues Band before being consumed by the vocal stylings of Jazz artists like Joe Williams, Mel Torme, Anita O’Day and Lambert, Hendricks and Ross.  He has since honed his singing technique in local clubs with The In Crowd and guitarist Walt Sopicki.

Joe Goretti is a full-time professional freelance drummer/producer/educator currently based in Buffalo, NY. He has performed around the world and on national/international television laying down the groove for a wide variety of artists that include Moby, Ne-Yo, Robyn, AJR, Ingrid Michaelson, Sam Moore (Sam & Dave), The Temptations and more.

Joe’s versatility and musicality keep him in high demand as a performer, producer and teacher. In addition to his many accolades as a performer and sideman, he also offers a very practical and unique drum course called The Drumming Career Course®. This is a course designed to give the student all the tools necessary to building and maintaining a career as a full-time professional drummer. Joe conducts clinics and private lessons here and abroad and has appeared alongside legendary drummers, Dave Weckl, Peter Erskine, JoJo Mayer and Thomas Lang.

As a fiercely independent young musician, pianist Andrew Nixon taught himself piano, rejecting classical music lessons in favor of his passions – blues and rock and roll.

Andrew found his jazz voice in 2006, studying with the great pianist/teacher Paul Hoffman with whom he studied the classical technique and theory he neglected as a child.  He went on to earn a Master’s Degree in Music Theory from the University of Buffalo where he also studied classical piano and composition.

Andrew has led groups performing at the CMC Jazz Festival and Northwest Jazz Festival, is a member of the Carol McLaughlin Big Band, composed the music for the feature film “Elizabeth Bathory” and is the keyboardist on the Paul Messina and Mark Harris album “The Bigger Picture”.  He also owns and operates “Buffalo Piano Lessons”, maintaining an impressive 30-student roster. 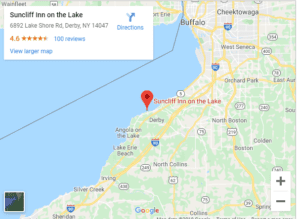